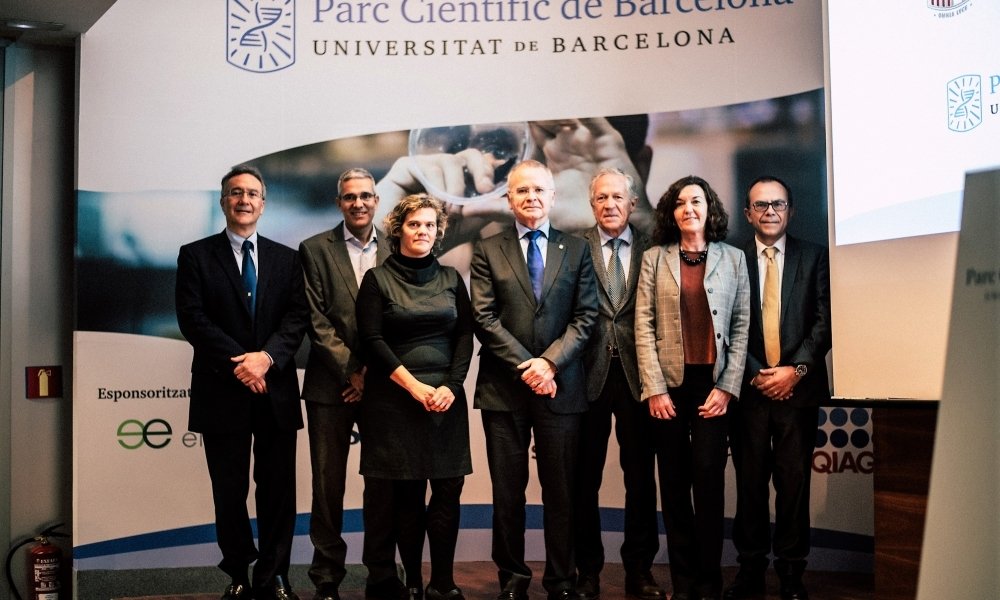 Last December the Barcelona Science Park (PCB) celebrated its 20th anniversary with an institutional event at the Antoni Caparrós auditorium.

The event was chaired by Prof. Joan Elias (rector of the University of Barcelona) and talks were given by prominent members of the PCB community including our CEO Dr. Joan Feixas, who was invited to share with the audience Enantia’s example of success of entrepreneurial initiatives, being one of the first companies to set up in the Park.

Other speakers that joined the celebration were Ms. Maria Terrades (Director of the Barcelona Science Park), Dr. Meritxell Teixidó (Institute for Research in Biomedicine), Dr. Josep Samitier (Director of the Institute of Bioengineering of Catalonia) and Dr. Carlos R. Plata-Salamán, (CSO, CMO and Head of R&D of Esteve Pharmaceuticals).

Today the PCB has a surface area of 100,000 m2 and a community of 2,700 professionals. More than 100 public and private organizations come together in this space, equipped with a strong technological offering.