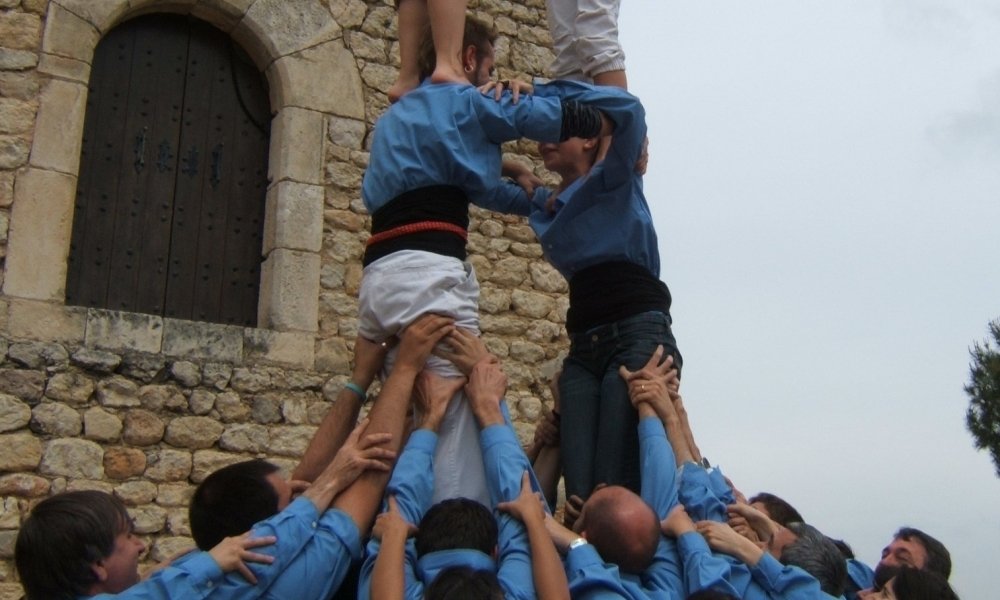 On May 19th, 2008 we celebrated Enantia’s fifth anniversary. That was a milestone for our company and, to celebrate, we carried out a series of team building activities. One of the most enjoyable was the building of castells or human towers, an old tradition in Catalonia. Led by a renowed human tower builder, the activity showed how important all individuals are when it comes to building tall human towers. Everybody had his place according to his personal characteristics. The human tower is the result of everybody’s efforts and is an inspiring metaphor for how a company can maximise its true potential. In the picture you can see Enantia’s staff building one of the human towers.