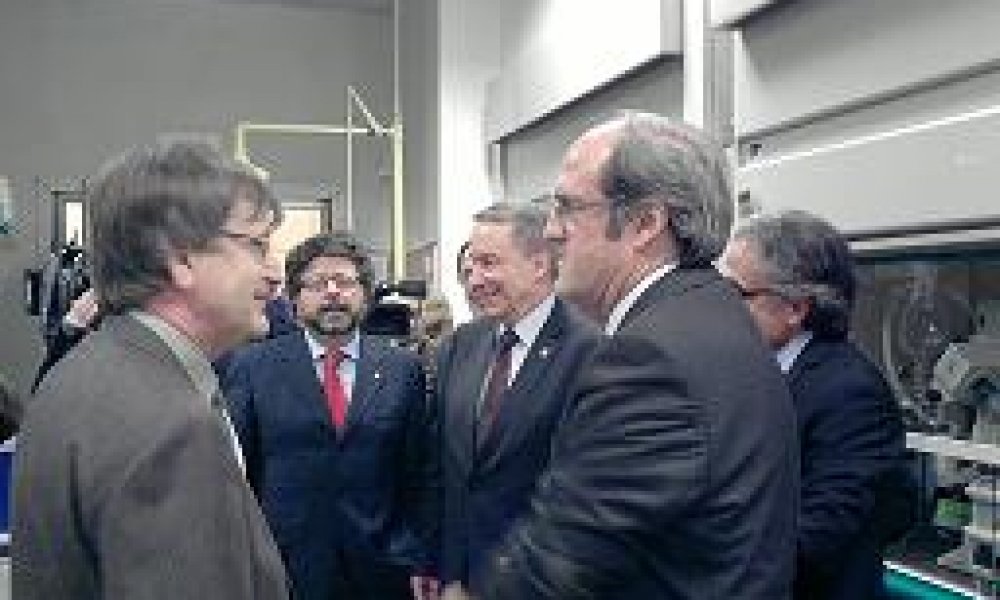 On February 7th, 2011, Ángel Gabilondo, Minister of Education of the Spanish Government, visited Enantia at its premises in the Barcelona Science Park. He was accompanied by Fernando Albericio (Director of the Barcelona Science Park), Joaquim Coello (President of the UB Social Council), Dídac Ramírez (UB Rector) and Antoni Castellà (Secretary, University and Research, Generalitat de Catalunya).

Enantia’s CEO Llorenç Rafecas (left in the picture) is explaining to the minister how the company evolved since its foundation as a spin-off of the University of Barcelona back in 2003 to a well known and respected technology provider not only in Spain but also in Europe and the United States. With a staff of more than 40, Enantia has established itself as a leader in the field of chiral synthesis and crystal engineering, developing its own projects and offering services to the pharma, fine chemical and biotech sectors.